You are here: Home / Better Sleep & Wellbeing / Sleep Habits of the Rich & Famous 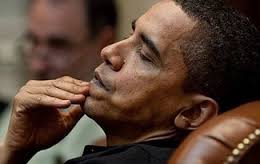 We all know sleep is important to our health and wellbeing. We know a consistently bad sleep can lead to higher anxiety levels, increased risk of heart disease, obesity, diabetes and cancer. But we think sacrificing our sleep in order to have more hours to work is increasing our productivity and therefore our chances at success. But could it be the other way around? Could more sleep make us more productive during those hours in which we are awake? See below to see the intriguing sleeping habits of those people who have already made it to the top of their chosen fields.

There’s is no doubting sleep is important. Of course, when we look at the success of the people above we are overlooking happiness, health, relationships and a whole lot of equally important things. Donald Trump may sleep only 3 hours a night but is he happy? Only you can decide what sleep schedule works best for you and what sleep time leaves you feeling fresh, happy, healthy and content.

Make sure this account has posts available on instagram.com.