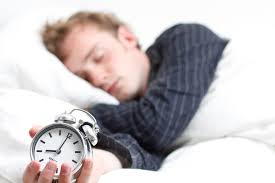 Business meeting to business meeting, after work drinks, long lunches, pickups and drop offs, late night presentation preparation and early morning commutes could mean you have very little time for sleep during the week. For many of us the weekend is our chance to finally get some much overdue rest and relaxation and catch up on our sleep. This idea only works to a limited extent, whilst using the weekend to regroup you will feel rested at the end of the weekend, but you will still run short of sleep throughout the entire week resulting in poor daytime performance and all the by-products of poor sleep including lack of concentration, poor memory and mood swings.

It is not that we actually need less sleep as we get older; it’s just that we tend to develop a range of sleep disorders. The optimum amount of sleep that we need doesn’t actually change as we age, it’s more the case of seniors losing their ability to respond to certain cues, which leads to struggling to fall into a deep sleep and then stay asleep the whole night.

It is a common misconception that if you don’t sleep a certain amount of time each night that you will start to accumulate what’s known as a ‘sleep debt.’ People think that if you continually miss out on sleep every night that this debt just gets higher and higher. But whilst an issue of dispute, it is thought that this debt can never really accumulate to more than a few hours.

It might be a Thursday night and a new episode of your favourite show is coming on, despite the early start you easily convince yourself that the extra hour up won’t even make a difference. Unfortunately this isn’t how it works; even a small one hour reduction in sleep can significantly affect your performance in all areas on the Friday.

Snoring is such a common occurrence these days that we tend to think it is just a natural part of life. However, if you suffer from chronic snoring it could very well be a sign of Sleep Apnoea. Obstructive Sleep Apnoea (OSA) involves repeated episodes of airway obstruction during sleep. Symptoms of OSA are snoring, waking unrefreshed, daytime tiredness, and waking during the night choking or gasping for air. OSA can reduce blood oxygen levels and put strain on the heart and respiratory systems, increasing the risk of high blood pressure, stroke and even a heart attack.

Whilst a few beers before bed might put you to sleep quicker, your overall sleep is actually considerably worse. When the alcohol is metabolised during the night, your sleep becomes lighter and lighter and more disrupted. If you drink all the time you develop a tolerance to the brain’s natural sleep cycle regulators and in turn reduce periods of deep, restorative sleep.

There’s a reason naps are a daily occurrence in many societies around the world. The thought that the afternoon napper is lazy is completely off the mark. Napping can actually improve your performance. A NASA study in 1989 showed that pilots without a rest nodded off 5 times as much as those who took a 25 minute nap during their shift. Famous nappers include the super-successful, and not lazy, Einstein, John F. Kennedy and Bill Clinton.

Make sure this account has posts available on instagram.com.